FATA Merger to Khyber Pakhtunkhwa: Problems and Prospects for Federalism in Pakistan

Federalism provides opportunity to the diverse societies with the distinct cultural and geographical heritage of such constitutional arrangements that they can strengthen their bond with the rest of the areas of a state. Federalism in Pakistan started in a unique way where its two main regions had no geographical adhesion. The west wing of Pakistan is culturally diverse. People of FATA lived their lives almost for seventy (70) years without constitutional rights. That was the reason after the American invasion in Afghanistan, Federally Administered Tribal Areas (FATA) became the hub of terrorist activities. The state of Pakistan noticed this situation and formed a FATA reforms committee. According to the recommendations FATA was merged in Khyber Pakhtunkhwa (KP). The people of the area faced issues due to the lack of administrative setups. Now, the challenge for federal and KPK government is to develop the area according to the wishes of the people.

This work is licensed under a Creative Commons Attribution-NonCommercial 4.0 International License. 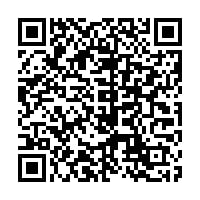